sad news from the world of music 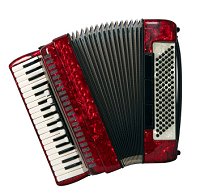 “The Recording Academy, which bestows the Grammy Awards, announced late on Wednesday that the polka category would be eliminated, saying in a statement that it had been cut “to ensure the awards process remains representative of the current musical landscape.”–New York Times

Whether you roll out your barrel Cleveland-style or Chicago-style, the world became a sadder place in the last couple years, as word spread that there will be no more Grammys awarded for Best Polka Recording.

This is truly a musical genre which has touched us all. Whether you’ve danced with a drunk aunt at a Wisconsin wedding (like I’m the only one) or simply lounged around your apartment in a new pair of lederhosen (again–just me, I suppose?), you can’t deny the power of the oom-pah-pah. And yet the Recording Academy in its wisdom has decided the polka is no longer relevent. Of course, this is the same Academy that gave the first Heavy Metal award to Jethro Tull, and gave a ‘best new artist’ Grammy to Taste of Honey over Elvis Costello. You’re telling me “Boogie Oogie Oogie” is more relevant than “Beer Barrel Polka?” Please.

In a country which celebrates diversity, this slight is like a slap in the face with a raw bratwurst. No Grammy for polka music? That’s like not having a Nobel Prize for…polka music. And where will this lead, I ask you? Huh? Where, dammit? Ok, you’re not answering, so I’ll tell you. First it’s no polka award, then they stop giving away awards for jazz…then classical…then rock…and pretty soon the Grammy Awards show becomes three and a half hours of the Jonas Brothers.

what do we tell these people?

Jimmy Sturr has received more Grammys–18–than Bruce Springsteen.  That’s eighteen of the twenty-four awards EVER given for Best Polka Album. Yet when asked about his success, he exemplifies the humility, and, indeed the universality of  polka music:

“I’m not going to say I’m the best band in the whole world, but we’re just as good as any.”

True enough, Jimmy. But what of the children, the dozens of fresh-faced kids who begged their daddies for their first used accordions? To what can they aspire? They won’t be able to break Jimmy’s polka Grammy record, because there won’t be any more polka Grammys to receive.

To be sure, polka has its critics. Some have said that exposure to its frenetic rhythms has led to an increase in ADD and ADHD in children. Others claim that polka music leads to alcoholism, while still others believe that alcohol leads to polka music. Despite these concerns, one thing is clear–polka music deserves to be celebrated. I mean come on–they give a Grammy for Spoken Word Recording–try dancing to any one of the winners in that category.

For future generations, June 3rd, 2009 will surely be known as The Day The Accordion Died. When asked about the popularity of polka music as compared to other, more ‘award-worthy’ genres, I think once again Jimmy Sturr said it best:

“Polka isn’t the biggest,” he said, “but it’s not the smallest, either.”

How true, Jimmy. How very true.

if only obama were really a socialist…

I’m not known for making great choices. When I left high school, with a 4.0 g.p.a. and a combined SAT score of 1450, I entered U.C.L.A. planning to be a doctor. Not, mind you, because of a life-long passion for healing the sick and serving humanity, but because that’s what I thought ‘straight A’ students did—they became doctors (spoiler alert: I didn’t become a doctor).

About the time I started my pre-med training, I discovered theater, and right then I knew I had a choice. I could use my hard-earned scholarship money to get a bachelor’s degree in biology, making my parents proud and justifying an adolescence in which I developed no social skills, go to medical school, and within a few years make hundreds of thousands of dollars providing help to those in need. Or, I could spend the scholarship money on classes like Film Studies 167: The Early Works of Peter Bogdanovich, compete with hundreds of thousands of attractive people who all had connections in order to get into show business, and if I got really lucky, I could one day make enough money to pay rent on a studio apartment.

I’ve consistently made bad choices in my career as a comedian. Although originally from Los Angeles, I spent most of the eighties working at comedy clubs in Minnesota, apparently believing that the entertainment industry would eventually be based there. Every time there was an earthquake in California, I would think “now I’m in the perfect place…the studios will finally move here.” Even after twenty-five years I make poor choices. Comics frequently open for musical acts, and that can lead to bigger venues, celebrity connections and national recognition. Me, I opened for Arsenio Hall. After his show was cancelled.

Last year, I opened for a Blues Brothers cover band. Talk about diluting the gene pool. Process this for a minute. There’s the blues—gritty, real…gut-level artistic integrity. Then there were the Blues Brothers—not actual blues musicians, but an entertaining and affectionate tribute from a couple of famous white guys. And, an act that hasn’t been popular since 1982. But I didn’t open for a blues legend, or even the ‘actual’ Blues Brothers. No, I opened for two unknown white guys in Blues Brothers suits, one of whom couldn’t find his shades, in the town of Nelson, Minnesota, a town which had more pro-life billboards (four) than open businesses (three, all bars).

So looking at the arc of my career, I wasn’t surprised when I received the news today from the Obama administration. Beginning June 1st, the federal government will take over day-to-day operations of My Comedy Career. To prevent My Career from going into bankruptcy, in an agreement I signed yesterday, the government will control seventy-percent of My assets and be responsible for guiding Me through the current economic crisis. I’ve assured my investors that this only a first step toward a new Me, a Me that will be competitive and profitable. The comedy industry has changed, and I need to be willing to change with it. Here is the text of President Obama’s statement:

“It is with great ambivalence that I announce today the government takeover of Michael Dane’s Comedy Career. Understand this—your government does not want to be in the comedy business. But it is vital that Michael Dane succeed, to bring the United States back to a position of prominence in the comedy industry. Too many people depend upon Michael Dane for us to let him fail. The repercussions would extend from comedy club waitresses to Rotary Club event organizers if we do not step in. Now make no mistake—Michael Dane is in some ways responsible. Poor planning, lack of strategy and getting a Capitol One credit card have all contributed to this collapse. But as structured, this Comedy Career was not following a profitable business model, spending too many years trying to sell the American people jokes they simply were not buying. But our economy is interconnected, and we cannot allow Michael Dane’s toxic assets bring down this country’s infrastructure. I’ve instructed the Treasury Department to pay off all of Dane’s past cell phone and cable bills, and I will be proposing a stimulus package of 6.8 hundred dollars to be given to Dane for day-to-day expenses. He will become a publicly traded company, accountable to you the taxpayer as shareholders. In short, our goal is to get Michael Dane back on his feet, take a hands-off approach and get out quickly.”

It was inevitable. The backlash had to happen. First, the dominant culture is afraid of the marginalized outsiders. Then, they embrace them, intellectuals praise them, Hollywood makes movies about them. Finally, the overexposure causes the outsiders to resent all of this, criticizing a culture that has appropriated its very soul.

So it is with Zombie-Americans. Tired of being mocked and caricatured, the zombies are rising up (this time metaphorically) against the living.  At an event in Wausau, Wisconsin, over five thousand zombies attended a conference called “Things That Are Eating US.” The president of the Zombie-American Coalition Embracing Fundamental Responses to Overt Negativity (ZACEFRON) addressed the brain-eating throng:

“As a zombie, I have I have witnessed the revulsion from people as we have just tried to coexist. We never asked for a place at the table–only the freedom to stumble around your cities at night. We are not here to frighten your children–but we do want them to stop pretending to be us.

As with so many things, the media is to blame. Now that we’re trendy, you would think some filmmaker would paint a true picture of zombie culture. But “Zombieland”? Really? Woody Harrelson from ‘Cheers’ is after us now? There’s a band called ‘The Zombeatles’ and they do a song called “Hard Day’s Night of the Living Dead”? How clever. People meeting up for ‘zombie pub crawls’?

This has to stop, non-people. We deserve respect.  At least vampires are occasionally given nuanced portrayals on film. And they’re shown living in Gothic mansions, while we are always seen living in some dingy graveyard.

We are not without a sense of humor. We tolerated your Halloween costumes and were even willing to laugh at the first couple of ‘Living Dead’ movies. But these portrayals of us are based on stereotypes, and they have led to fear and hatred.

The mainstream culture needs to realize that zombies are people, too—or, more accurately, were people. To trade in caricatures is unfair. Like most hatred, zombiphobia is rooted in ignorance. The living must realize, when they put on their blotchy makeup and tattered clothes, that somewhere there is a young zombie who’s afraid to come out of the grave because he doesn’t want to be ridiculed.

We can come together with our non-zombie friends. If only they knew how many of us live in their world, as accountants, telemarketers, Starbucks employees. Some of us have even chosen to hide our true selves to reach celebrity status in the land of the living. Kim Kardashian…Brad Garrett…Willem Dafoe…all undead Americans.

We, the zombies, are like the living in so many ways, and yet we are treated as second-class citizens. How many of us have tried to buy a nice townhouse, only to have the realtor run away screaming because we look different? How many of us have been prevented from exercising that most basic right, that of voting, simply because our limbs sometimes fall off? We still deserve a voice! Even now, In most states, a zombie is not even allowed to get a driver’s license!

It is true. We eat brains. But is that any stranger than eating liver? And while it’s true that we kill some of you, you end up rising from the dead and becoming…well, a zombie. And you have no memory that we killed you, so nobody’s the wiser.

Although we have come far as creatures, we have many slow, shuffling steps to go. Why are there no roles for zombies in any prime-time network shows? You’d think we’d be perfect for “Two and a Half Men,” but they went with a kid. Even reality TV—“Survivor”? I think a zombie could do very well on that show.

In closing, let me just say that we, the undead, will not stop with our brain-eating and what-not. But we demand more than brains. We demand equality. Where is our health-care plan? Why are they shooting us in the head, instead of trying to understand us? We are not so different from them. We WERE them, at least until they died and turned into us.”